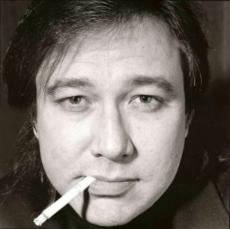 Back in 2004 I went to a Bill Hicks tribute night in a pub in Temple Bar. They showed a couple of Hicks’s recorded stand-up shows as well as some documentary and interview material and we all sat – on the ground, mostly – and watched and laughed. I don’t keep a diary but I’ll occasionally note down something that has an impact on me. That night I wrote one sentence: “Play from your fucking heart!”.

A significant thread of Hicks’s material stemmed from his love of music and his disgust at the cynically marketed stuff that is presented as music in the mainstream. He screamed that sentence with utter conviction and it shook me. I couldn’t sit back and chuckle smugly, as I could when he vilified people in advertising or politicians. This was me, as a musician, that he was raging at.

I read a post today by another great cultural commentator with a love of music, Seth Godin. He urges us, with less of Hicks’s white heat but with no less passion, to Sing It. “If,” he writes, “you’re going to go to all the trouble of learning the song and performing it, then SING IT.  Sing it loud and with feeling and like you mean it.”

Woohoo!
Oh I do like to be beside the seaside 🎶
The one who takes care, in practising of every note, will be at the end a good player. Theobald Boehm. Munich on 4 of March 1872.
Nice example of this wee craytur — well known to graffiti fans around Portobello
Untitled. Artist unknown. (chalk on concrete 2021)
Bit of a random Valentine's Day jaunt with @jennywilson today, powered by GoCar... went to Bushy Park for a walk but it was a bit wet. Ducks and swans were having the craic. Had some bottles to drop off... some shopping to do, too. Wanted to go to a bigger supermarket so drove to the Supervalu at Heuston. Parked in the basement, up the escalator... closed! Very grateful to be able to jump in the car and spin over to Sundrive Road. 🚙✅
I'll take it! Happy Christmas 😊
The festive masks that I ordered from @soprano_morwood arrived today!
Soon? Soon :)
Left wing
Don't know if this is a Te-amosaurus or a J'adore-asaurus. He certainly seems pretty pally-ontological. 🦖
Lovely walk in Ticknock today
Beautiful car parked outside this evening — a Ford Consul MkII
Picked up some lovely books at the charity shop on the corner. They were outside in a box at the front door. I got another two — a 1950s hardback of Kobbé's Guide to Opera and a lovely hardback of Impressionist paintings in the Louvre — which I brought to The Last Bookshop on Camden Street. #secondhandbooks #thriftstorebookhaul
🕤🌅
💚